OPITO crowns its Apprentice of the Year 2017 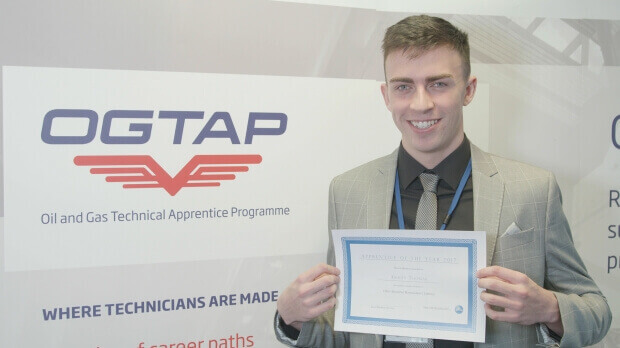 OPITO crowns its Apprentice of the Year 2017

A former Peterhead Academy student who followed in his family’s footsteps into the oil and gas sector has been named by the global skills for energy body, OPITO, as its Apprentice of the Year 2017.

Ashley Thomas is a second-year process operations apprentice at North East Scotland College in Aberdeen. He was selected to join the Oil and Gas Technical Apprentice Programme (OGTAP) in 2016.

Mr Thomas grew up near the St Fergus Gas Terminal in Aberdeenshire passing it on his way to school every day. As well as being inspired by the careers of his stepfather and cousin, he also has more than a dozen friends from the area who are either in the process of completing their OGTAP apprenticeships or have finished it and now working within the sector.

OGTAP is one of the biggest industry-led apprenticeship initiatives of its kind in the UK and has brought around 1,500 young people into the oil and gas industry since its inception in 1999. The programme also boasts one of the highest achievement rates in the country and has the backing of 17 oil and gas operators and major contractors.

Managed by OPITO and the Engineering Construction Industry Training Board (ECITB), OGTAP is open to those looking to become apprentices in one of four areas: electrical maintenance, mechanical maintenance, process operations, and instrumentation and control maintenance.

Every year, the best performing OPITO candidate from each discipline is put forward by their college tutors and OPITO mentors for the Apprentice of the Year final. A panel of industry judges interviews each one to decide who should win the coveted title.

The other three OPITO finalists, also in their second year of their OGTAP apprenticeships, were Guy Dennis from Norfolk (electrical maintenance), Aberdonian Jonny Fennell (mechanical maintenance) and Stuart Brown (instrumentation and control maintenance) from Edinburgh.

OPITO’s James Hamilton said: “The judging panel had a tough decision to make as all four candidates were strong contenders. They were commended for their many common traits including being keen and ambitious learners, putting in the effort and delivering work to a high standard week in, week out.

“Ashley stood out for his self-motivation, attention to detail, leadership qualities and encouraging team work with his fellow apprentices – all qualities highly regarded in the industry and will set him in good stead for the future.

“Congratulations to Ashley and all the other finalists.”

Mr Thomas said: “It’s a real honour to be chosen as the winner. To be recognised as the highest performing apprentice in my discipline and then the judging panel to decide I’m the overall Apprentice of the Year, is fantastic.

“The main driving factor for me has been that the OGTAP scheme is industry-recognised worldwide, and is a highly sought-after apprenticeship scheme to be part of. You are also coached not just to achieve the minimum standard but to excel and do your very best, of which I believe will help me going forward in my career.

“I’m really looking forward to starting with my sponsoring company in the next phase of the programme.”

OPITO is the global, not-for-profit, skills body for the energy industry. More than 250,000 people are trained to OPITO standards every year, across 45 countries through 200 accredited training centres. 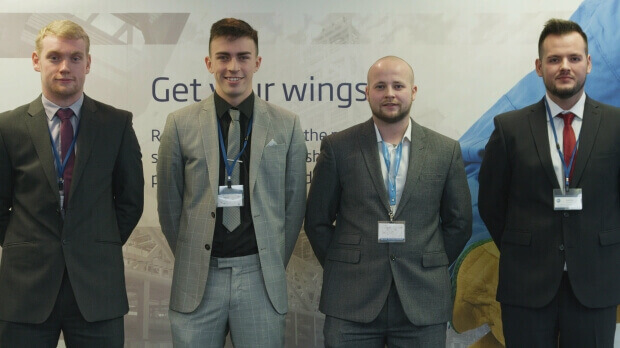