OPITO Appoints Action Man to Meet Increasing Demand in US

With 13 OPITO approved training centres in the Gulf of Mexico and over 25,000 offshore workers now accredited to OPITO standards in 2015, the oil and gas skills body has appointed a new approvals manager to meet rising demand.

Albert Skiba, OPITO’s vice president Gulf of Mexico, said: “Survival and safety training in the Gulf of Mexico has, to date, been sporadic with no common standard and no common quality control. Thanks to employers like Shell, OPITO is rolling out common global standards in partnership with industry and training providers that will demonstrably improve the safety of offshore workers.

“OPITO exists purely to improve the safety of the oil and gas workforce and to ensure that people return home safe at the end of the day. In the last three years we have worked with a number of industry partners in the Gulf of Mexico and as a result the number of training centres in the region certified to run OPITO courses has doubled. We are pleased to have Richard join us to deal with this increase for OPITO accreditation.”

Formerly facility training manager for Falck Safety Services, Mr Edwards is a bachelor of arts in political science and criminal justice graduate from the Sam Houston State University. He joined the United States Coast Guard in 2005 as an aviation survival technician before becoming a firefighter for Friendswood Fire Department in Texas. He entered the oil and gas industry in 2012 as a HSE safety training instructor for Falck Safety Services, where he held a number of senior positions.

Commenting on his new role, Mr Edwards said: “I am both privileged and excited to be taking up this role with OPITO. I am passionate about safety training and have long been an admirer of what OPITO has achieved. I look forward to the challenges this role will bring and to demonstrating the benefits to employers of training their people to OPITO standards, which are recognised as the best in the world and which can be effectively measured.”

OPITO works with governments, regulators and industry all over the world to deliver improved safety training standards and workforce development frameworks. The standards designed by OPITO, have been adopted across the globe. 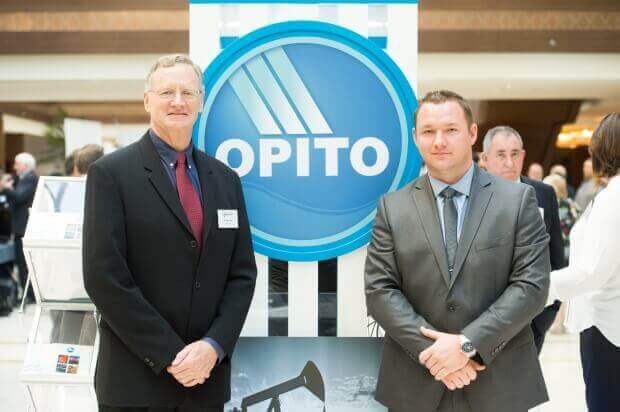